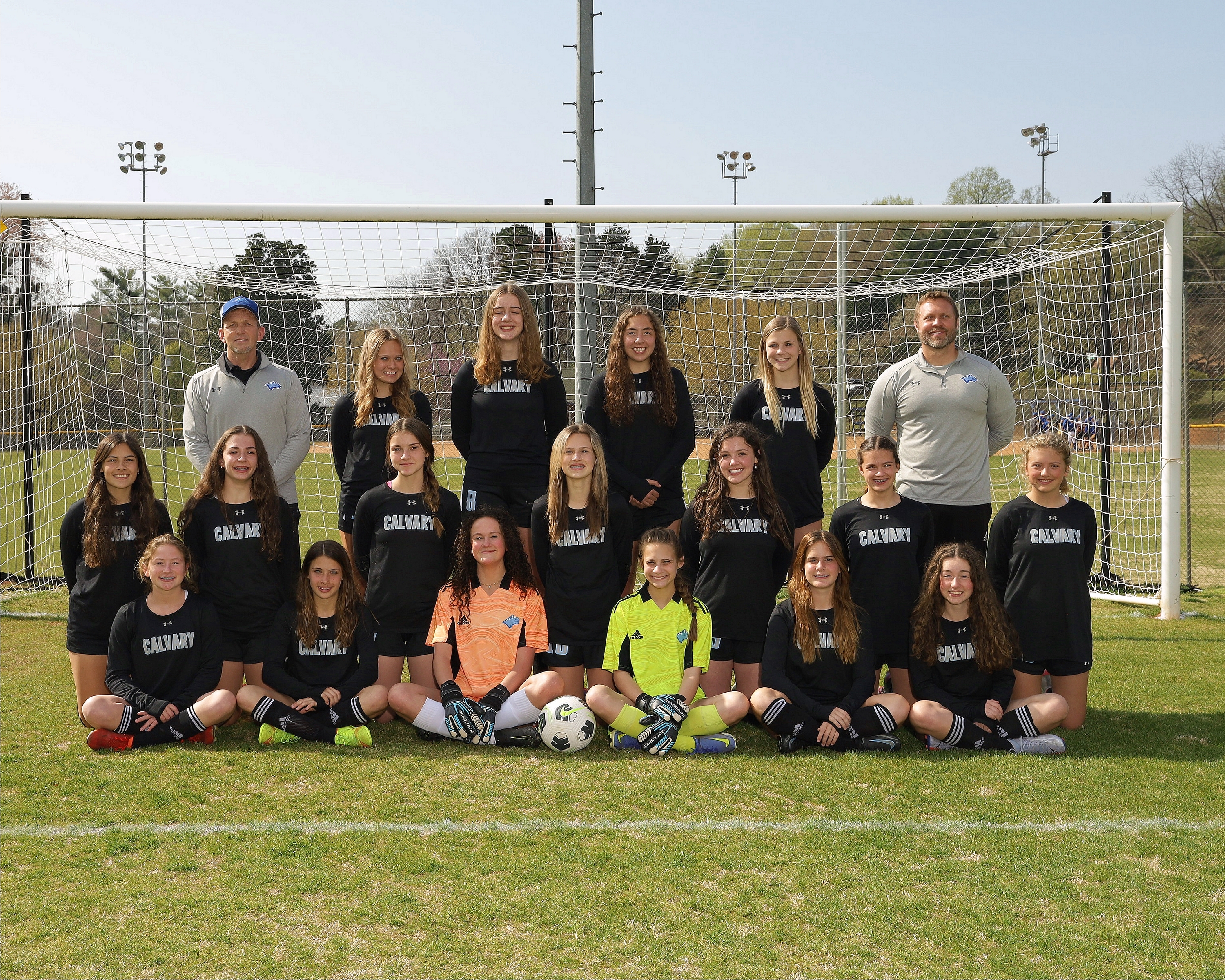 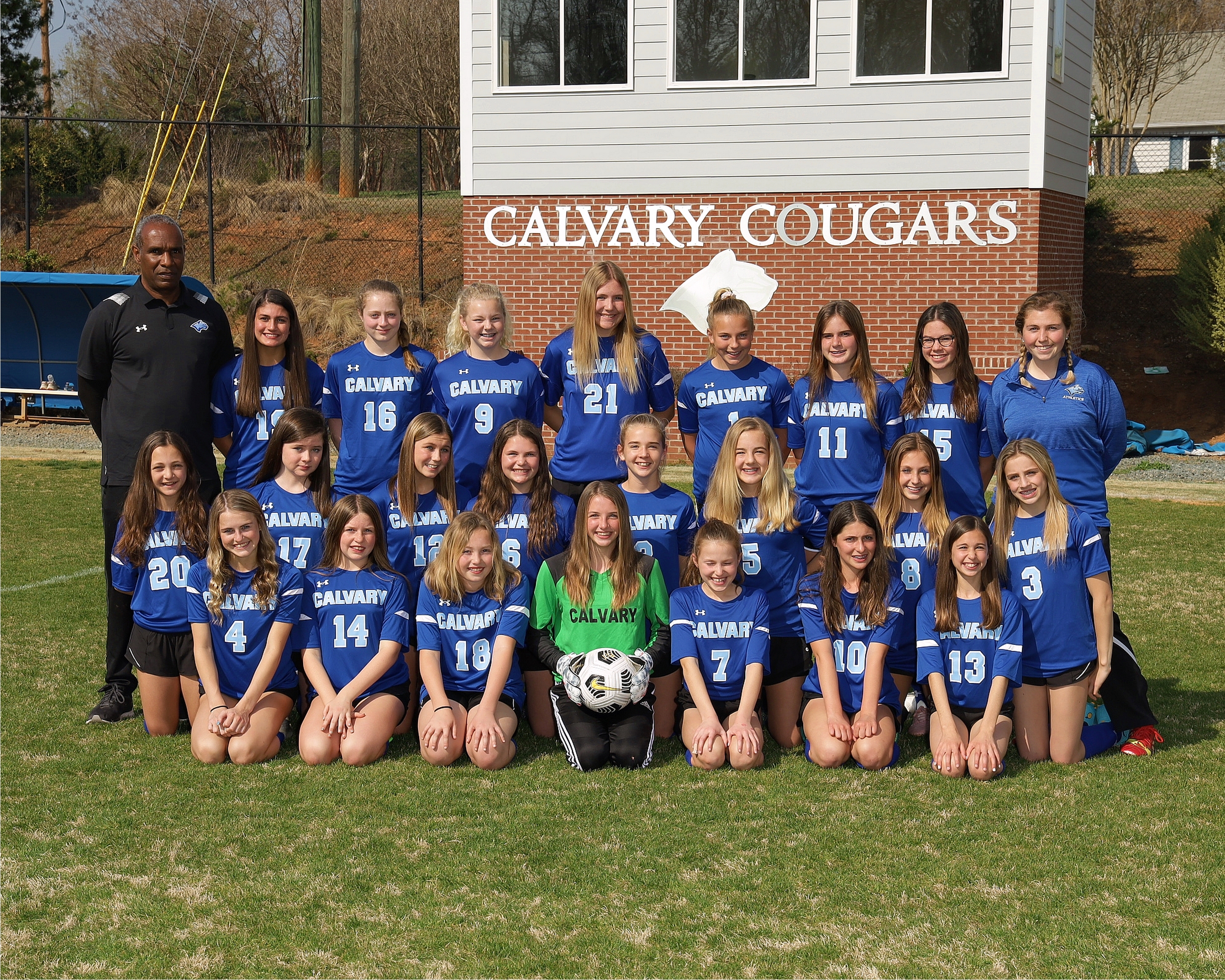 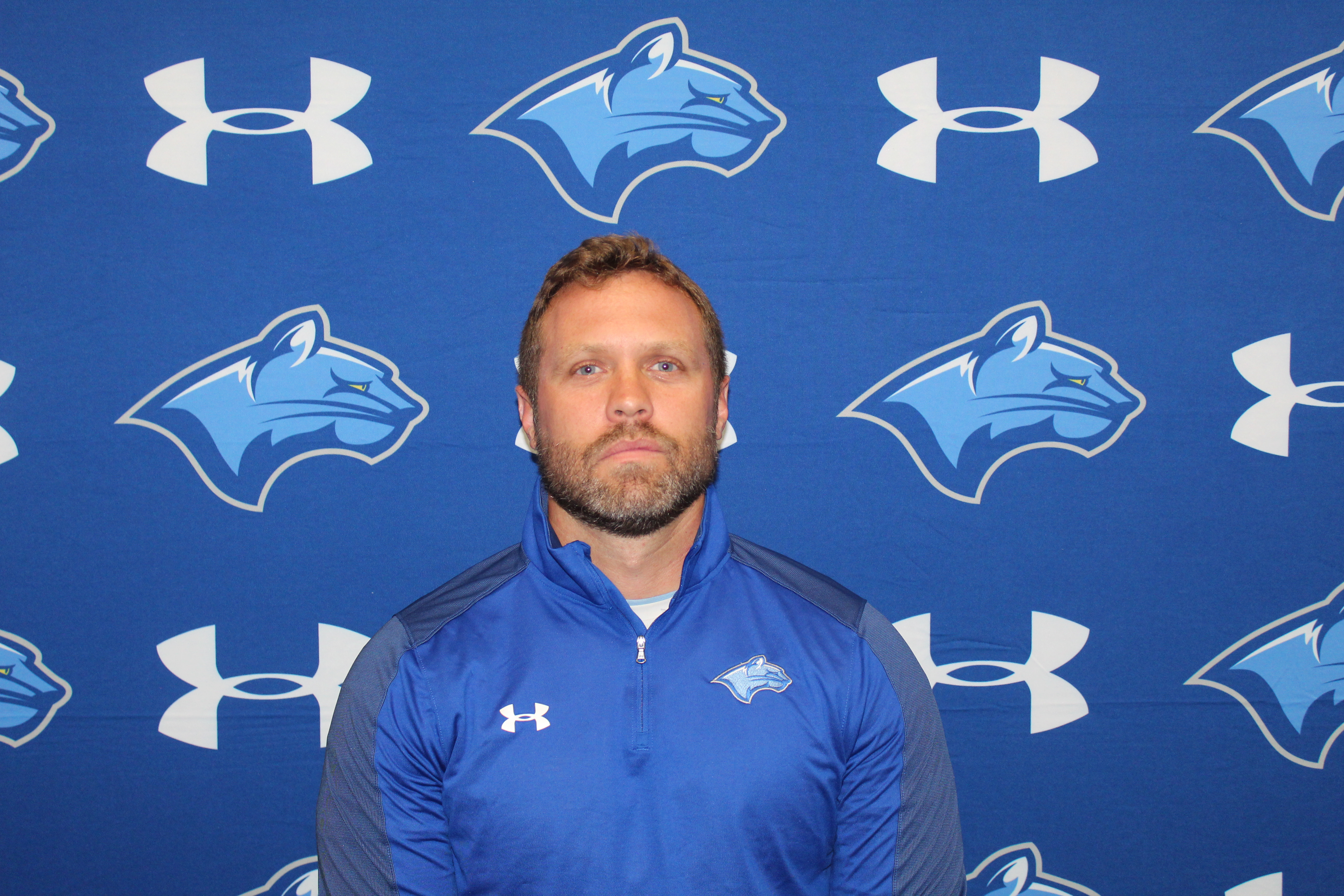 Coach Benjamin Kerth is in his ninth year at Calvary Day School as the Head Varsity Soccer Coach for both the Men’s and Women’s. He is in his third year as The head of the Physical Education Department and Associate Athletic Director. He comes with a background in collegiate athletics and 10 years of coaching experience at different levels. Coach Kerth graduated from Johns Hopkins University with a Masters degree in Elementary Education. He also played 3 years of collegiate soccer. 2 at Indiana Wesleyan University and 1 at Liberty University. Coach Kerth played High School soccer at Damascus High where he was a 4 year starter on varsity and named to the All-met and All-Star team his senior year. Coach Kerth has guided the Men’s soccer team to 4 straight Conference titles (2017-2020) and the schools first state championship (2020) in Men’s varsity soccer. He also won the conference title with the women’s team in 2020. 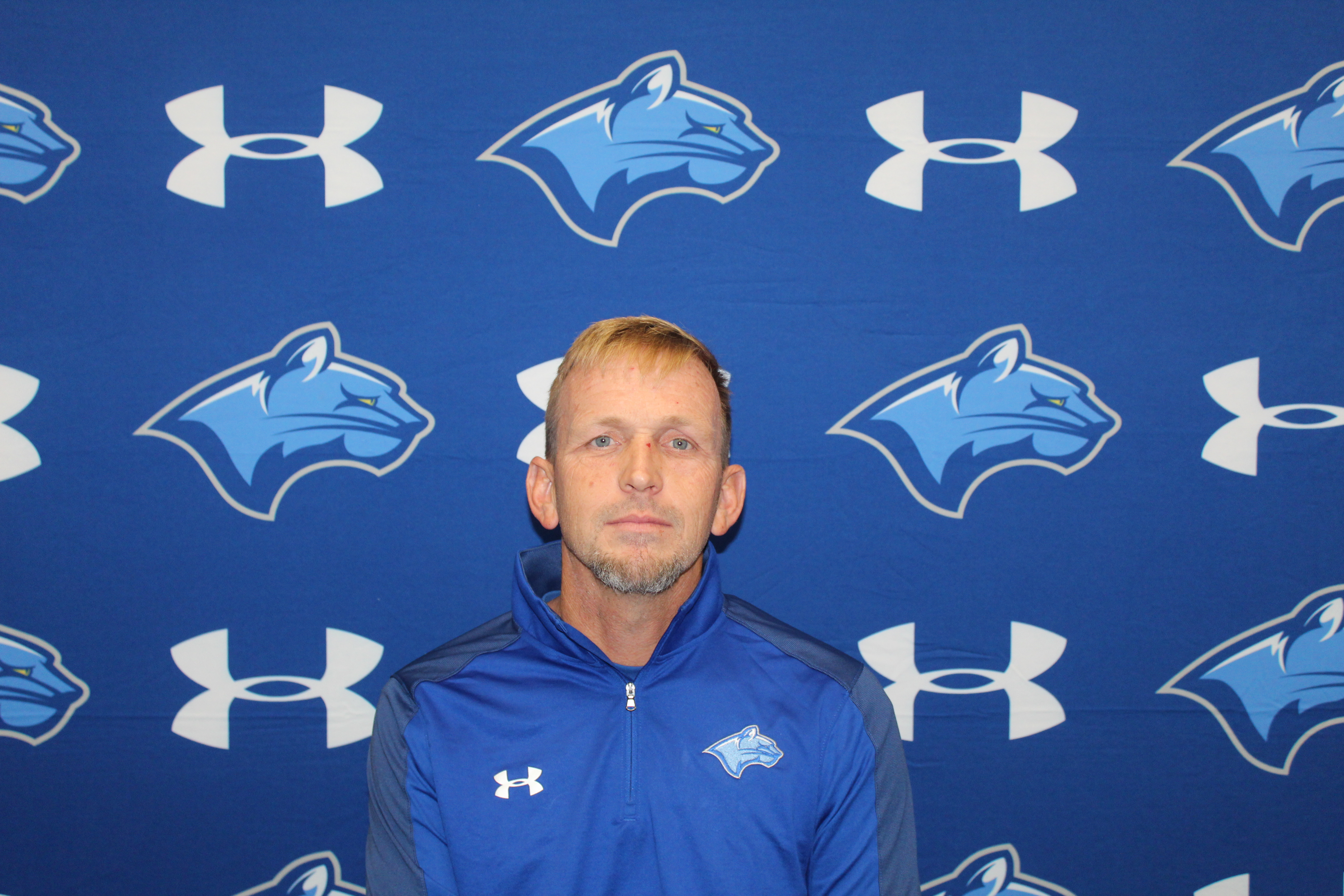 Coach Hales is from Youngsville, North Carolina and attended Friendship Christian School in Raleigh, NC. There he played 3 years of varsity basketball, baseball, and soccer. He had the pleasure of being part of 3 state baseball championship teams, was 2nd team all-state in basketball, and was named most-improved in basketball and soccer. He went on to play 4 years of basketball at Piedmont Bible College. From 1993 to 1996, he coached basketball at Sheets Memorial Christian School as the head JV coach and varsity assistant. He began his career at Calvary with the varsity boy’s soccer team in 2011 as assistant to his brother-in-law, Jeremy Pattisall. He continued from 2012 to the present, assisting Coach Kerth with both varsity boys and varsity girls. He has also been the head coach of JV boys soccer and middle school teams during this time. In 2014, he earned his E license. In 2021, along with Coach Kerth, Coach Hales shared the excitement of winning their first State Championship! They are excited about the future of Calvary soccer. He married his wife, Joy, in 1995 and proceeded to have a daughter, Corban, and a son, Lucas. Corban was born medically fragile and passed away at the age of 14. The Calvary soccer players and families honored her by placing a memorial bench at the field that the players touch before each game. Coach Hales’s first soccer coaching experience was with his 3 year old son at the YMCA. Lucas later played for NC Fusion Development Academy where Coach Hales was team manager for many years. In 2021, he was the game day announcer for the NC Fusion U23 USL team that Lucas played with. The only time Coach Hales is willing to miss a Calvary soccer game is when he is watching Lucas play at Coastal Carolina University. The primary goal of Coach Hales at Calvary is to train godly young men and help them understand their identity is in Christ. 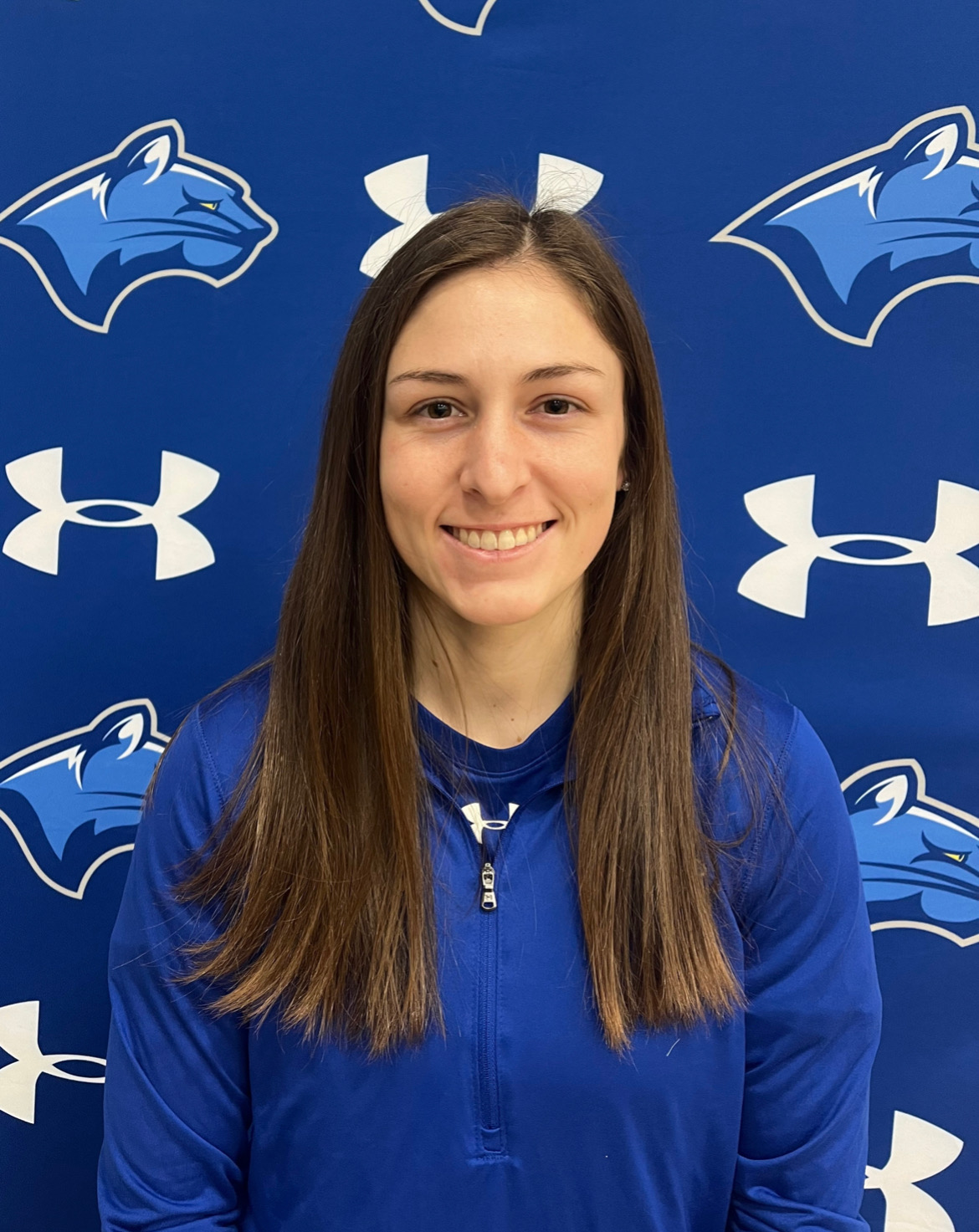 From her early years growing up in Huntington, MD to her senior year move to Clemmons, NC athletics has helped guide and develop her into a compassionate and competitive young lady. While soccer has been at the apex of her athletic interest and experience, her natural abilities allowed her to excel in basketball, softball, and golf as well. As a student at Grace Christian Academy of MD she was recognized as the league’s (MISAL) player of the year during her freshman season. 77 goals over 3 seasons earned her the MVP recognition from her teammates.

Transferring in 2015-16 school year, her senior year was spent at Calvary Baptist Day School where she continued to excel academically and athletically. Her outstanding 56 goals in that single season helped project her soccer team into the first round of the state playoffs. Upon graduation from Calvary, the University of South Carolina Upstate offered her a scholarship to compete in soccer at the division 1 NCAA level.

Her well earned scholarship propelled her to establish all time and division one USC UPSTATE records in most goals, points, penalty kicks, and shots attempted. Beyond the soccer field, her achievements in the classroom gave her the opportunity upon graduation in 2020, to use her Bachelors of Science in nursing to become a pediatric nurse at Atrium Health Wake Forest Baptist.

From her early years growing up in Huntingtown, MD to her family's move to Clemmons, NC, athletics has helped guide and develop her into a compassionate, competitive young lady. While soccer has been at the apex of her athletic interest and experience, her natural abilities allowed her to excel in basketball, and softball. As a student of Grace Christian Academy of Maryland, she started all 4 years in soccer and softball, and worked her way up into the starting rotation for basketball. During her time at GCA, she has the record for most assists in a season, and received MSAL (Maryland Independent School Athletic League) first team her sophomore year and 2nd team her junior and senior year. Gabbi Connolly was a collegiate athlete at Toccoa Falls College, where she played soccer all four years. While at TFC, she received Scholar Athlete and was named to the NCCAA division 2 team her junior year.

Gabbi Connolly is in her 3rd season as the Assistant Coach for the Middle School Girls Soccer Team. She helped coach the MSG team to a conference championship win last season. Before coaching MSG soccer, she was the head coach of the middle school girls basketball team at Calvary in 2019-2020 when they won their conference championship. She is excited to be able to give back to the sport that gave so much to her. When Gabbi is not on the field, she is in her fourth year teaching at Vienna Elementary and is currently teaching 1st grade.