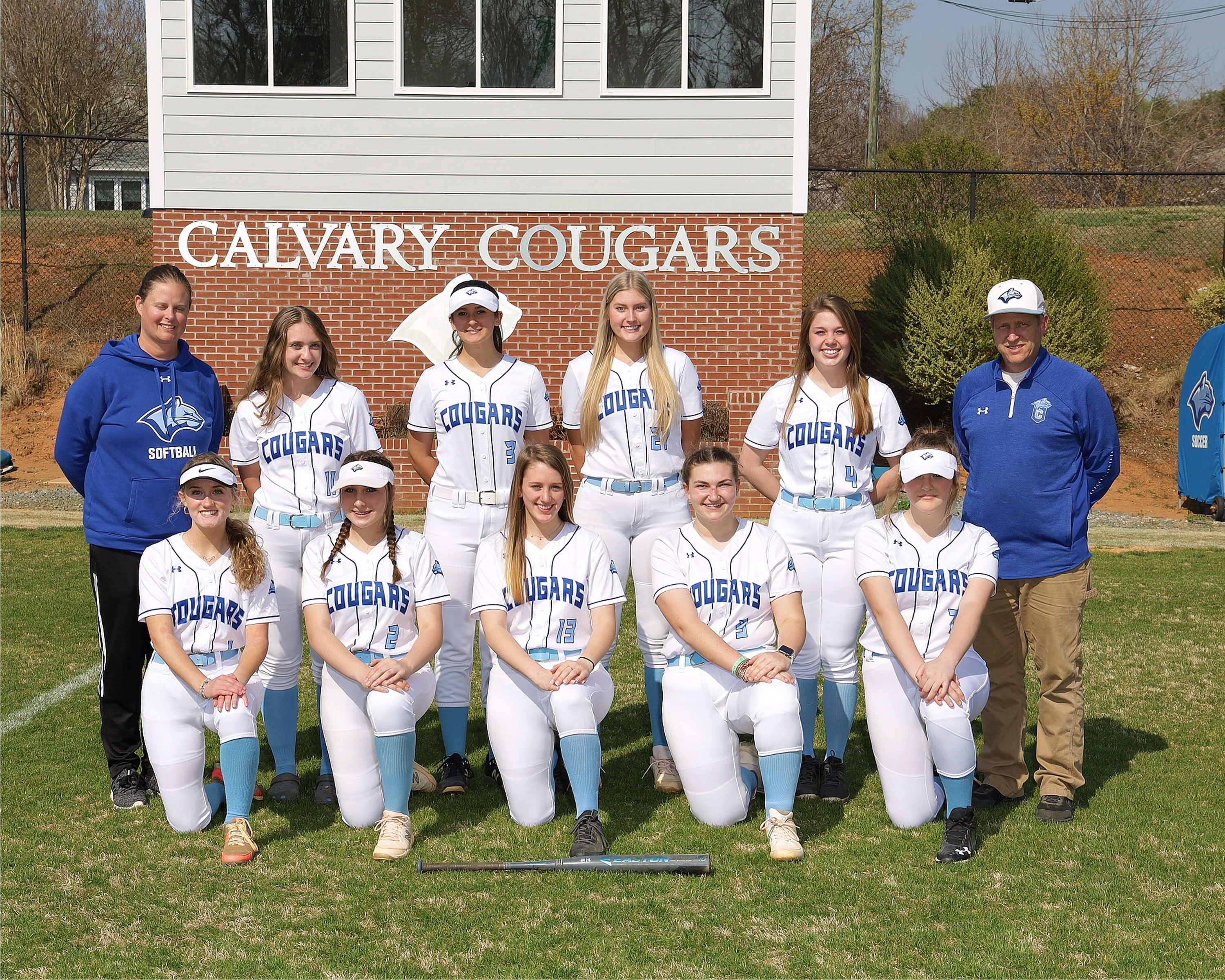 Started coaching softball in 2010 at Fall Creek Elementary after meeting a great core group of players and winning regular season and tournament I moved on to Elkin Middle School to get that program going. We won 1st game in school history and finished 3rd after a strong season 2. From there moved to Elkin HS as Jv head and Varsity assistant for 4 years achieving 3 state playoff appearances.

With a love for the game and enjoying coaching girls softball I began coaching a Travel Softball team from 2012-2018. In that time I have met and coached many wonderful girls along the way. We played in over 300 games with a 700 plus winning percentage and multiple state and World Series wins. While it was a climb we all learned to lean on each other thru good and bad. I’ve been at Calvary as HC since 2019 when we recorded a winning record and a state playoff win. Unfortunately Covid canceled 2020 and 2021 so we’re excited about 2022. I’ve been married to my wife Debra for 24 years and have 2 daughters Morgan 18 and Casey 22.

It’s amazing watching the girls get better throughout a season and grow as a team.

Melissa Blevins grew up in Winston-salem. Lived in the same area all through her school age years. Growing up she played many different sports. Basketball, softball, soccer and volleyball. She chose two sports to really focus on. That was basketball and softball. Played both from little league through high school. Was offered a scholarship for softball at WSSU. She worked in the medical field for 15 years as a CMA. Enjoyed her time in that field helping many people. Her true passion is kids and sports. This year she was blessed to be offered a job at Calvary working as a second grade TA. Allowing her to be available to assistant coach volleyball and hopefully a few other sports as well.  She said she has the best of both worlds helping the younger kids as well as the upper school kids. She met my husband in rural hall, NC. They have been married for 13 years this year. They have 3 children. Clayton (17 year old boy), Tori (15 year old girl) and Brayden (12 year old boy). Brayden has taken up the love for soccer just like his dad Chad. They love to go camping as a family as often as possible. Melissa is happy to be a part of the Calvary Cougars.